We have been servicing Davidson as blocked drain plumbers for over 15 years! 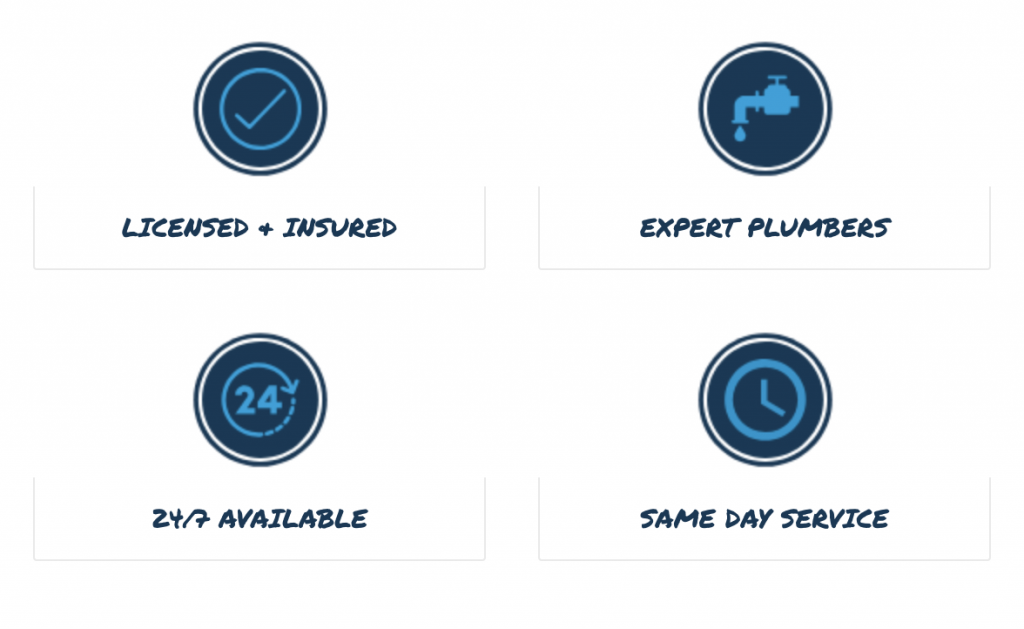 Kyle Mad
09:45 10 May 21
Awesome plumbers, have been using them for years. Highly recommended!

Vincent Ro
07:11 04 May 21
I had a plumbing disaster last Saturday with Raw Sewage from a joint sewer line pumping into my courtyard & basement , it was a huge mess, I called Jack & Nick at Optimised Plumbing and they came on Saturday afternoon & they did not stop trying to jet clean the sewage until 9pm when they finally broke through but there was more blockage under the foot path on the side of my house. Many plumbers would have given up & said I will come back on Monday by these guys stayed & worked super in a messy situation.They then gave me a written quote for the rest of the work to be on Tuesday. They did everything they said they would on time on budget & they did a great job, the guys explained everything to me clearly & patiently. These are good people who care about their clients. I would never use a different plumberTodd

Kris Adams
23:52 20 Apr 21
I recently had Jack and Joe from optimised plumbing visit my parent's house. Thankyou so much for helping us out, we really appreciate you going above and beyond for us and will definitely pass on your number to friends and family!

Chris Mad
23:51 20 Apr 21
Great plumbing company. Have been using them for more than 5 years now and they always do a fantastic job and price fairly. You couldn't get honest blokes in Sydney. As always, thanks again!

Amandeep Singh
00:21 14 Apr 21
i had lachy come he changed my garden tap he was very professional and im very happy with there service

Luka Budak
23:57 11 Apr 21
When we contacted Optimised Plumbing Services about our problems they responded within minutes. Lachlan came and thoroughly checked what the problem is, he performed proper professional diagnosis, told us what the problem is, how it can be fixed and how much it would cost. The boys, Alex and Rico, then came and have done a great job. They have actually done three jobs for us in a matter of three weeks. We are happy with their professional approach, work ethics and job quality. In the emergency and desparate need one could not ask for better response . We are grateful to the boys and Optimised Plumbing Service. Job well done boys!

Theepa
04:09 19 Mar 21
I contacted Optimised Plumbing Services a few days ago due to a sewer smell, leaking toilet and dripping taps. Lachlan came over and looked at everything (and more) and was very professional, honest and upfront about what needed to be done. We accepted his recommendations.A couple of days later his colleague, Josiah, came over and did an awesome job replacing 2 cisterns, 2 sets of taps, 1 hot water tank and did an acid flush. He explained everything really well and gave me some tips on how to maintain the new installations.Plus he took all the old stuff away with him!I can honestly say that from dealing with the lady in the office to Lachlan and to Josiah who did a great job, it was a 5 star experience.Thank you Optimised Plumbing team! 😁👍

Sabesh Shivasabesan
20:08 13 Mar 21
The admin support responded my message quickly and the plumber arrived on time to fix the problem. It was a smooth operation.

Jason Blinman
03:13 16 Feb 21
Prompted investigation of why we had low water pressure in our kitchen sink,would highly recommend.

William Mcdonald
01:33 20 Jan 21
Lachlan was very good done the job quickly and was very polite, knowledgeable price was very reasonable would recommend Lachlan to anyone.

Eddy Furlong
22:49 19 Jan 21
From the receptionist to the plumber who called, I only encountered honesty, professionalism and true customer care. They're a refreshing best!

TJay Enterprises
07:22 05 Jan 21
Got a emergency call out last week to fix our toilet system. Lachy was well mannered and punctual. Had alot of knowledge on the situation and how to fix it. 5/5 would use again

Thomas Lawson
00:20 24 Dec 20
Absolute legends! Sim came out today and was extremely professional, helpful and did everything possible to help. Highly recommended and will definitely be a repeat Customer. Thank you Sim!

Anne Cairns
05:07 17 Nov 20
I can't express more fully my delight in having your company supply 2 new toilets which are sparkling and gorgeous. John and Josiah? came out and worked steadily until the job was properly done. Very professional and likeable young men. They fixed the screeching taps and mended the front garden tap. Honestly a job very well done. Thank you all.

Imelda Fischer
02:26 10 Nov 20
I had Lockie at my place he change some taps for me he was very professional and a very good looking young gentleman he was very good at his job and I will be definitely recommending Loche from optimise plumbing to all my friends and family

Salina Ai
12:46 08 Nov 20
Quick response to us at 10pm at night, arrived within the hour. Good attitude and good service!

Andrew Maclean
07:14 07 Nov 20
Excellent service from Kurt. It was an out of hours callout and he arrived within 45 minutes.Thanks Kurt.

megan williams
08:43 03 Nov 20
Sim arrived to because the 💩hit the fan on our hotwater system. While this was a significant cost, Sim took the time to professionally, proficiently and efficiently explain the cost versus benefits of our options to myself and my elderly Mum. Sim then returned and did a proficient and professional installation of a new hot water system for my Mum. Great customer service and professionalism.

M&E Komic
00:15 02 Nov 20
We had Sim come out for a quote to replace our old gas hot water system. He was knowledgable and honest and we booked the job with him that same day. He came out a few days later to complete the job. He was super professional and was fantastic with his customer service. Great and fun personality! We know who to call for a next plumbing job. Thanks heaps Sim!

Karyl Zawartowski
01:21 31 Oct 20
We would like to congratulate John, Hunter and Lauchlan from 'Optimised Plumbing' who fixed a very big and messy drainage problem we had yesterday., They worked like Trojans and were kind and patient in answering our questions - and then left our lawn and garden in pristine condition. Would we have them back again? In a heartbeat!

Michael Hajje
00:39 23 Oct 20
Big thanks to the whole team at Optimised. We had a nasty drain blockage that was resolved in no time thanks to Jack. Huge recommendation will definitely pass on their number to family and friends

Mary Towers
01:44 20 Oct 20
The stormwater drain in my backyard contains stagnant water which was not going anywhere. So I decided I would call a plumber and my neighbour gave me your number.I wanted to say how very impressed I was with the dedication and enthusiasm shown by your plumber Lachy. His cheerful and positive manner was truly awesome. He identified a blockage in the system which I intend to attend to when I have sufficient funds.In the meantime I wanted to bring to your attention the wonderful manner demonstrated by your plumber Lachy.

Vince Azzolina
01:03 24 Aug 20
Just had Jack and his apprentice repair our blocked drain issue. They priced fairly and got the job done relatively quick which was a huge relief as we have renovations going on. Big thanks once again

Deborah Gadd
10:19 08 Aug 20
drilled straight into the hot water pipe, trying to put up a shelf. Thanks to Sim who arrived and saved the day! Did a great job, very friendly and professional, highly recommend to anyone. Awesome bloke!!

Mick Williams
02:43 28 Jul 20
After screwing into a pipe in the laundry wall, i called optimised plumbing after finding their magnet on the fridge.Sim arrived on time and fixed my problem same day after giving a great price. Sim was very professional and a pleasure to deal with. Thanks guys 👍

Chris M
10:37 28 Jun 20
Jack and his team were very professional, on time and well mannered. Even cleaned up after their work, definitely not what im used to with other trades. Well done guys! Ill definitely be recommending you.

Allan Wu
06:55 11 Jun 20
Hi Optimise Plumbing Team,Thank you to the team at Optimised Plumbing on attending to my sewer pipe blockage.From the first contact with Roula organising my job, Makka for finding the issue so accurately and Joe who carried out the fix professionally, his attention to detail and clean up has been very pleasant experience.Please past on my sincere thanks to the team.Great electronic invoicing solution as well. Received invoice instantly via email. It looks professional and makes it easy for me keep track of the invoice.Allan
See all reviewsWrite a review

In over several years of fixing blocked drains around Sydney, we noticed that blocked drains are not confined to a single part of the building. This observation prompted us to ensure that our blocked drain plumbers are well trained, experienced and knowledgeable on resolving all kinds of clogging in both residential and commercial spaces.

Our services range from fixing blocked kitchen sinks, blocked showerheads, blocked shower drains and blocked sewers. Also, we offer one of the lowest rates in the Sydney suburban areas to make sure that no home or business will be left without a working plumbing system.

Our team of licensed plumbers knows what to do when they see clogging in any kind of drain. They make use of CCTV technology so that they can easily and accurately detect where the buildup is occurring in the pipes. For our customers waiting for our blocked drain specialists, here are some quick fixes for a blocked shower drain.

Showerheads are also prone to clogging. Mineral buildup is also to blame for blocked showerheads. It is easy to prevent and fix this kind of blockage. All one needs is a plastic bag, baking soda and vinegar to unclog any kind of showerhead. We discuss the steps in unclogging blocked showerheads in our blog post “How to Unclog Your Showerhead?” But what’s best is preventing clogging in the showerhead.

Regularly cleaning it can help get rid of the buildup of minerals on this bathroom fixture. Just like the steps in unclogging, most of the equipment needed in cleaning are just things already found inside the home. We also discussed the process of properly cleaning the showerhead in the aforementioned blog post.

Never settle for some mediocre service. Our blocked drain specialists are committed to giving high-quality plumbing services despite our affordable prices. This is our commitment to always deliver 100% customer satisfaction. For high quality and cheap blocked drain repair, call Optimised Plumbing Services today!