When Do I Need Pipe Relining?

The process of pipe relining is a beneficial process where damaged or broken pipes can be fixed without completely replacing them. Additionally, there are many more benefits when it comes with pipe relining, which the process should definitely be considered. Furthermore, there are specific factors and times where pipe relining should or needs to occur. Here at Optimised Plumbing Services, we offer Emergency Plumber support to all of Sydney, which means that we can perform pipe relining process whenever needed.

Pipe relining can happen to any drainage system at any time, but more for pipes which need immediate care. These issues can include leaks, burst pipes and older systems which require the relining process. It should be considered because there is far less labour involved and is less expensive than removing and replacing pipes. 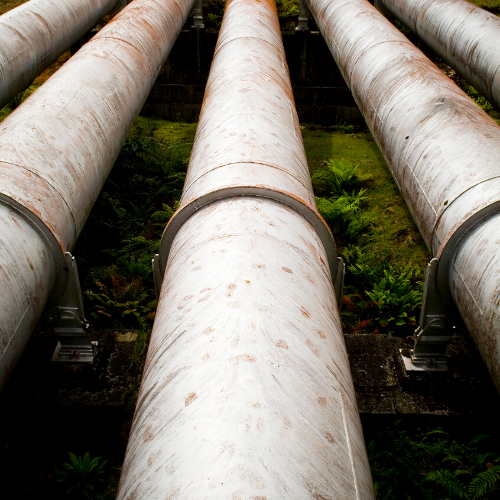 Pipe Relining and the Process

Pipe relining is where a method is used to repair broken and old pipes without removing the current ones. A solution is cured within the pipes which ultimately strengthens the current pipe. This solution is inserted into the pipe to then harden on the existing internal walls of the current pipe. As a result, a new, stronger pipe is formed inside of the existing pipe, furthermore is trench-less and requires minimal damage and costs.

The general process with pipe relining, in brief, includes:

If curious to know the cost of relining pipes, read our blog article with insightful information with the topic.

There are many benefits which come with the method and are often what attracts many people.

There are some factors or limitations with regards to pipe relining. These issues are often rarer but may prevent pipe relining from occurring within the drainage.

For more information with regards to home maintenance with pipes, Sydney Water has some useful tips.

Optimised Plumbing Services operates in all Sydney suburbs performing professional pipe relining. We always complete the relining job properly, on-time and work on affordable rates. Likewise, we are fully licensed and insured, allowing us to perform pipe relining in all commercial and residential areas.

Our pipe relining services are open to all of Sydney, including Greater Western Sydney, the Sutherland Shire and the Northern Beaches. For the best pipe relining plumbers in Sydney – call Optimised Plumbing Services on 0411 217 174 or email us at contact@optimisedplumbingservices.com.au.

Let’s Get In Touch

Google Rating
4.4
Based on 59 reviews

chris madikian
10:37 28 Jun 20
Jack and his team were very professional, on time and well mannered. Even cleaned up after their work, definitely not what im used to with other trades. Well done guys! Ill definitely be recommending you.

Allan Wu
06:55 11 Jun 20
Hi Optimise Plumbing Team,Thank you to the team at Optimised Plumbing on attending to my sewer pipe blockage.From the first contact with Roula organising my job, Makka for finding the issue so accurately and Joe who carried out the fix professionally, his attention to detail and clean up has been very pleasant experience. Please past on my sincere thanks to the team.Great electronic invoicing solution as well. Received invoice instantly via email. It looks professional and makes it easy for me keep track of the invoice.Allan

Geo Castaneda
06:16 25 May 20
5 star service all around. Sim was very professional, courteous and prompt. Nothing to complain about. Would call on Sim and Optimised again.

Marian Haire
02:21 21 May 20
Sim replaced my rain water pump this week. He was polite and efficient. There was a small leak noticed the following day but he came and sorted that out immediately. Love the 15 year warranty. New pump is quiet and working perfectly.

Rhonda Deguara
22:26 18 May 20
We had sim and lachy come out to my house and fixed my tap and had look at all my taps and advised me how they look and sim was a gentleman I will definitely recommend them to all my friends and family May god bless the company

Danilo Morilla
03:04 18 May 20
Sim and lachy came out on time and was amazing Excellent Job.

Sonder Mens Grooming
05:00 14 May 20
Jack was fantastic, he came in no time and had our problem fixed quickly. Awesome plumbers and highly recommended!

Joanna Goddard
05:03 10 May 20
Prompt response and fixed the issue faster than expected. Funny guy too. All round lovely to deal with!

Dusty
04:45 10 May 20
Fixed the tap in no time and Sim was a bloody legend of a bloke, very slick beard and charming personality.

Iqbal Chowdhury
06:23 06 May 20
Had a serious blocked pipe going out from the kitchen. Anthony from Optimised Plumbing Services was absolutely professional and knew what he was doing. Saved us from this problem by his experience and tenacity in his job. He is also very courteous and have been a gentleman in his dealing with us. I recommend Anthony and give him 10/10. Regards Iqbal Seven hills

sydnei fischer
04:17 16 Apr 20
Had Sim come out he was amazing!! Very professional and friendly and did a really good job will definitely be using these guys again

Chris
02:51 15 Apr 20
Really great service! Sim was great guy, fast, efficient and competant. I would really recommend him if you need any plumbing work.

Ciler Nazim
00:34 31 Mar 20
We had Sim come out to my house to quote and do the job OMG what a gentleman And amazing work that he has completed Sim has cleaned up after him self and disaffected my entire house may god bless sim and the company I would like to advise the company that you honestly have a hard worker and well mannered gentleman Once again god bless you Sim We will definitely recommend this company and Sim to everyone that I know THANK YOU SO MUCH YOU GUYS ARE AMAZING 😘

Mattias Stone
04:38 21 Mar 20
Had Sim come out today. Great, friendly service and I would totally recommend to others

Catherine Tchetchetkine
21:17 14 Mar 20
Macca did a investigation and quote for us, it was a big plumbing job,. he was friendly and professional. he organised John and Lockie to do the job, they were polite and worked well, they completed and cleaned up, I was very impressed with this team, I would highly recommend Optimized Plumbing.

The Local Electrician
03:33 06 Mar 20
The whole team were great to deal with and always can solve any issue. Highly recommended, you truly couldn't get a better plumber if you tried

Fiona Hooper
10:28 02 Mar 20
Fantastic same day service for an emergency call out. Sim arrived on time, was very friendly and professional. He did an excellent job and I am very happy with the end result. I have already recommended Optimised Plumbing to my co-workers and will definitely call them again for any future plumbing needs.

Kim Hilliard
21:24 16 Feb 20
Sim & John were amazing they worked in the rain so we could have hot water. I would highly recommend them to anyone who wants reliable and quality work done. We will definitely be using them to do all our plumbing work.

Joanne Smith
23:59 13 Feb 20
Optimised Plumbing was excellent, quick service and very friendly.I will be recommended them to everyone and as a purchasing manager I will get them to quote for jobs on our industrial site in the future.Great service, good price and John the plumber was great.

Jade Davies
23:45 09 Feb 20
Sim came for our callout request. He was great!! Genuinely nice guy who is eager to assist. Great work ethic. Definitely going to call again if needed.

Joseph Azzolina
06:34 29 Jan 20
Optimised Plumbing is fantastic. Within one hour of calling a plumber arrived to fix our broken toilet and was also extremely reasonable in pricing. Say thanks to the young man who came out, he was a legend!

Dave Szlabey
21:22 16 Jan 20
Sim the plumber came at 7am as promised, he did a great job, was efficient and had a very pleasant personality.. I will recommend to friends and family 10/10 service

Mel K
09:56 11 Dec 19
A pleasure to deal with. My issue was resolved the same day with no complications at all. Thanks team!

Freeda Moore
23:41 24 Nov 19
Friendly and efficient. Tell you how much the job will cost up front. Waive the call out fee if you go ahead. My go to plumber from now on. Would highly recommend.

Des Rangiah
01:25 27 Aug 19
Jack was a pleasure to deal with. When there was an issue he came back and solved the problem on the spot. I would recommend Optimised Plumbing Services for honesty, reliability and their knowledge in resolving issues promptly.

Sarah Gebron
03:21 15 Jan 19
Plumber turned up on-time and was very understanding and helpful. Great service from these guys!

Hadz Bajramovic
02:28 18 Sep 18
I had a severely blocked drain and called optimised Plumbing Services. They arrived to my property within an hour and managed to fix it for me immediately. They not only resolved the issue, but also put a camera down the drain free of charge to show me how I can prevent blockages from reoccurring. Will definitely be getting them to do all my plumbing work! You’ll never go wrong with these guys

Christine Curtis
09:11 01 Apr 18
Thanks so much, Jack, for clearing my blocked toilet on Easter Sunday night. Prompt, friendly, efficient service and does not overcharge for call outs (even on public holidays). I highly recommend this business.

Ryan Jamieson
02:53 26 Mar 18
Really knowledgeable guys, efficient workers, answered all my questions and put my mind at ease. Great pricing. Definitely getting the boys at OPS back next time I have a pipe problem.

Nicholas Andruskin
01:08 26 Mar 18
We recently had the team from Optimised Plumbing Services out to resolve an issue that had been 'fixed' by multiple other plumbers. On the first site they were able to identify the fault and inform us of the most appropriate course of action to take. The issue was then fixed properly by the team and it was very reasonably priced. We were very happy with the resolution, speed and communication - would highly recommend to others in the area. Thank you to the guys at Optimised Plumbing 👍👍👍

Joseph Lahoud
13:16 23 Mar 18
Definitley recommend this company! On time and efficient. They gave me options and information regarding my issues and showed me the process before starting anything. Thankyou Optimised Plumbing
See all reviewsWrite a review